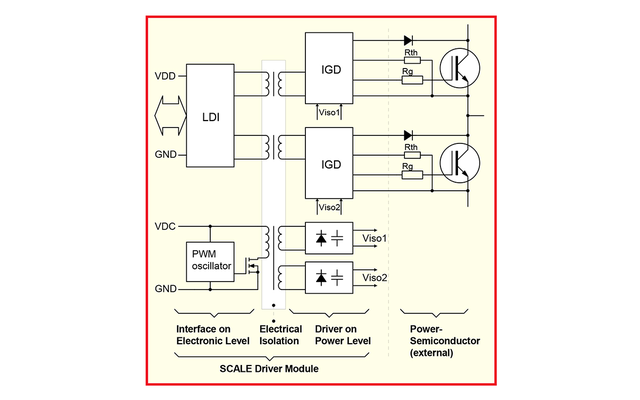 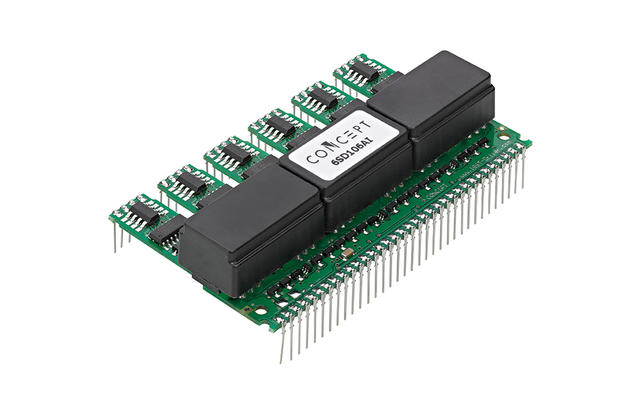 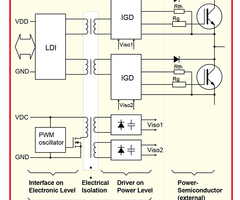 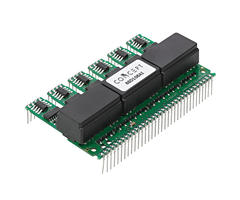 6SD106EI series 6-channel SCALE-1 driver cores for IGBTs up to 1700 V have a gate current capability of ±6 A and are optimized for IGBTs from 50 A to typically 200 A. The six drive channels feature electrical isolation between the control electronics and the power section. The gate voltage is ±15 V.
Each channel is equipped with a programmable Vce-monitoring function for protection against short circuit and overcurrent.

The driver is equipped CONCEPT's SCALE-1 driver chipset and can be operated in two modes: either with two independent driver channels or as a half-bridge driver with internal dead-time generation.

Highest Reliability
SCALE-1 drivers have been established as an industrial standard since 1999, and the 6SD106EI has been proven in numerous industrial and rail applications.